GitHub is a web-based platform for the dissemination of free- and open-source software.

If you are reading this lesson, you are already using GitHub, as that is where Project Pythia hosts its content!

Although GitHub can host any digital asset, the most common use case for GitHub is for individuals or organizations to house repositories of free- and open-source software:

You do not need to be an experienced software developer or be proficient in version control to make use of GitHub! Perhaps, though, you have used a particular package (e.g., Xarray or Matplotlib) and have had questions about its usage, noticed a bug, or had an idea for a new feature for the package! You can participate in a project’s development via GitHub the same way you might have interacted with its developers via email in the past.

Much of what we term the scientific Python software ecosystem consists of free- and open-source software. Often abbreviated as FOSS, this means:

The Python language itself is an example of FOSS!

FOSS is nothing new. For example, the Linux kernel source code has been available to download for many years.

Just because a software package may be free does not mean that its source code is open! For example, although Nvidia makes its video drivers available for free download, the source code for those drivers is proprietary.

Arguably, the greatest advantage of open-source software is that it enables collaborative sharing, and thus community feedback.

Types of community input may include the following:

We will discuss version control in more detail later in this series, but the need to track and manage changes to a project, especially one that involves software, has long been known. Over the years, FOSS developers have used VCS such as cvs, svn, and most recently, git. All of these systems are command-line tools.

FOSS and VCS on the Internet

A successful FOSS project needs to be accessible via the web. As mentioned before, the Linux kernel and the Python language have long been available using first-generation remote access protocols such as FTP and HTTP, and SSH. Later, VCS tools such as cvs and svn established their own TCP protocols for remote access. With the advent of git, web-based services that supported HTTP(S) and SSH sprung up. Each of these VCS leverages the concept of a particular FOSS project as a code repository.

We will discuss version control and the use of Git via the command line later in this series.

Perhaps the most popular web-based platform that uses Git for FOSS VCS is GitHub. GitHub hosts all of the Python software packages that Project Pythia covers as code repositories (we’ll use the term Git repo, or more generally just repo henceforth to represent a GitHub code repository).

For example, here is a screenshot from Xarray’s GitHub Git repo:

The above screenshot is from one moment in time. When you visit the Xarray GitHub link above, it will no doubt look different!

While one can freely browse GitHub repositories such as Xarray anonymously, it’s necessary to log into a unique (and free) user account in order to take advantage of GitHub’s full capabilities, such as:

Your next step (if you haven’t already) should be to register for your free GitHub account. As with many online services, you will choose a user id, password, and specify an email address to use with your account.

To do so, simply point your browser to the GitHub sign-up page: 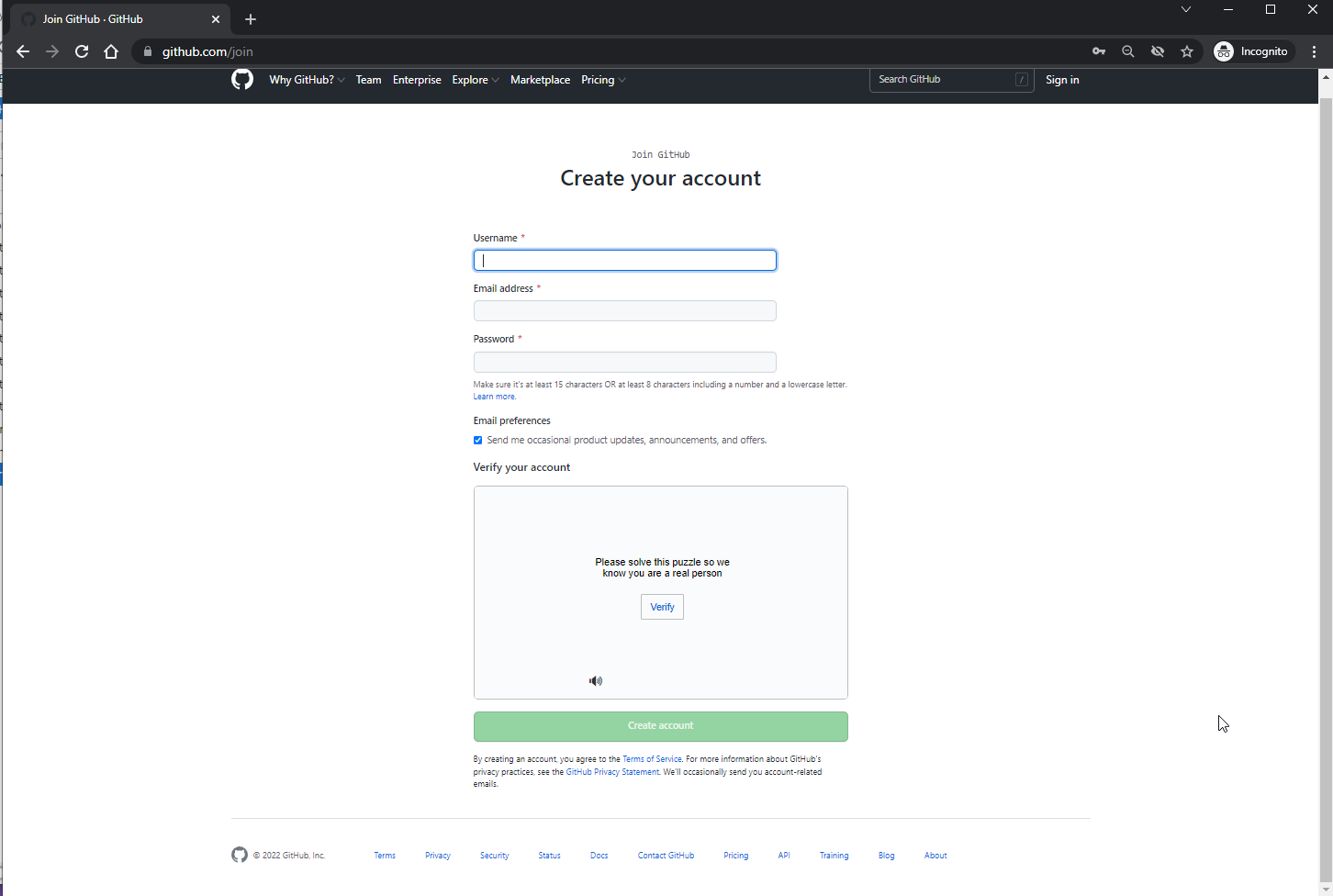 While GitHub offers paid options, a free account is typically all that is needed!

In the next lesson, we will explore some GitHub repositories.

Getting Started with GitHub