In this section we’ll explore some more specialized plot types, including:

The same as before, we are going to import Matplotlib’s pyplot interface as plt.

To make a 1D histogram, we’re going to generate a single vector of numbers.

Finally, make a histogtam using plt.hist. Here, specifying density=True changes the y-axis to be probability instead of count. 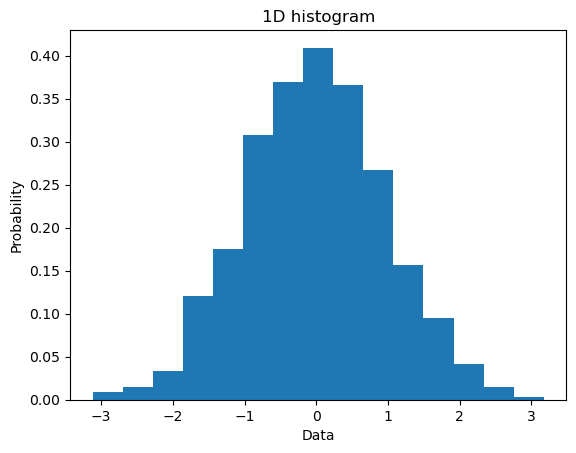 Similarly, we can make a 2D histrogram by generating a second random array and using plt.hist2d. 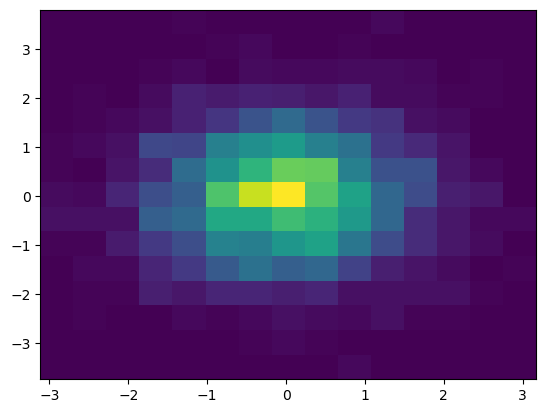 Matplotlib can also be used to plot pie charts with plt.pie. The most basic implementation is shown below. The input to plt.pie is a 1-D array of wedge “sizes” (e.g. percent values). 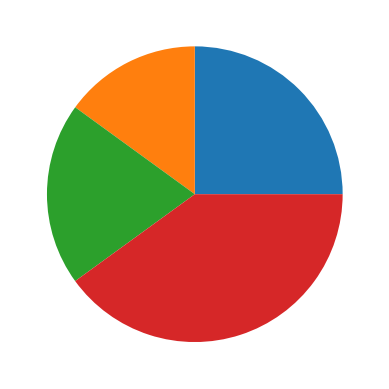 Typically, you’ll see examples where all of the values in the array x will sum to 100, but the data provided to the pie chart does NOT have to add up to 100. Any numbers provided will be normalized to sum(x)==1 by default, although this can be turned off by setting normalize=False.

If you set normalize=False and the values of x do not sum to 1 AND are less than 1, a partial pie will be plotting. If the values sum to larger than 1, a ValueError will be raised. 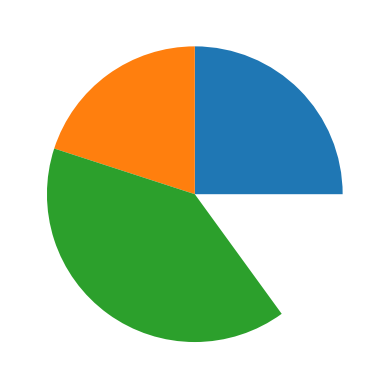 Let’s do a more complicated example.

Here we create a pie chart with various sizes associated with each color. Labels are derived by capitalizing each color in the array colors.

More interesting is the explode input, which allows you to offset each wedge by a fraction of the radius. In this example, each wedge is not offset except for the pink (3rd index). 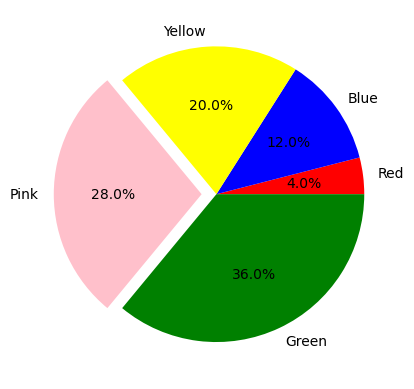 For this example, let’s create an animated sine wave.

First, we’ll define a figure and axes, then create a line with plt.plot. To create the initialization function, we set the line’s data to be empty and then return the line.

Note that this cell will display empty axes in jupyter notebooks. 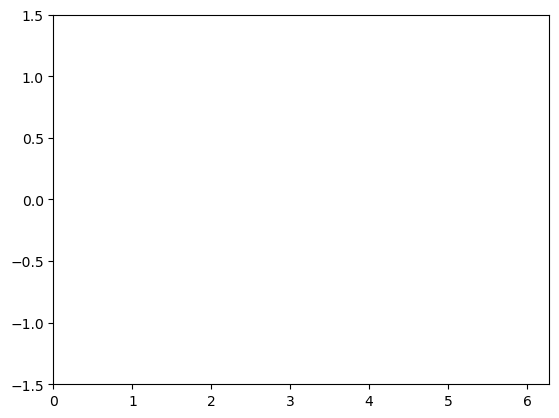 The last step is to feed the parts we created to FuncAnimation. Note that when using this function, it is important to save the output to a variable, even if you do not intent to use it later, because otherwise it is at risk of being collected by Python’s garbage collector.

To show the animation in this jupyter notebook, we need to set the rc parameter for animation to html5, instead of the default, which is none.

To save an animation, use anim.save() as shown below. The inputs are the file location (animate.gif) and the writer used to save the file. Here the animation writer chosen is Pillow, a library for image processing in Python.